FundGo is the first startup and innovation fund licensed to operate in the Mekong Delta. The Fund is established with the purpose of sponsoring and supporting new enterprises in the process of digital transformation in the area. At the launch ceremony late in March, FundGo signed an agreement for investment in the Hesman Legend project.

“Dũng sĩ Hesman” (Hero Hesman), a long-running Vietnamese superhero comic series created by artist Nguyen Hung Lan, was a fad in the early 1990s. Hesman Legend, released on the 30th anniversary of the publication of “Hero Hesman”, is developed by Hesman Studio in an attempt to revive this classical work as well as evoke the national spirit of the young generation.

FundGo Startup and Innovation Fund decided to invest in Hesman Legend with an aim to bring Vietnamese works to the world and promote potential projects in the field of blockchain. The project has intellectual property rights concerning the original work and the images of characters in the series, so it has absolute rights to use the plot as well as the images to exploit and broadcast. Intellectual property rights not only guarantee investors’ benefits in terms of legality and commerce but also promote competitiveness, development, and success of the project.

In particular, Hesman Legend is a pioneer project for the blockchainization of comics in Vietnam. Hesman Studio will issue NFTs to fans so that they can utilize facilities in the Hesman Legend ecosystem such as possessing the original version, models of characters, and so on. Additionally, Hesman Studio plans to sell 10,000 Investment Certificate NFTs to investors and strategic partners, meaning that those holding NFTs will gain attractive benefits including rights to take part in promotions and opportunities to receive limited items from the project and author Nguyen Hung Lan. Furthermore, the Hesman Legend project allows investors to exchange, purchase, transfer, and mortgage Investment Certificate NFTs through supported platforms. Moreover, investors have a right to sell NFTs back to the company after 1 year with a par value at least equal to the price of the first stage (from May 1, 2022 to May 31, 2022).

Hesman Legend is on a core mission which is anticipated to be a new factor that facilitates Vietnamese artworks to reach out to the world. It is expected that the project not only launches new items such as toys, fashion products, souvenirs, and others but also determines on spreading the comic series by bringing Hesman characters to the big screen. Besides, the plot and characters of “Hero Hesman” are embodied into game projects and other ecosystems in a bid to spread spiritual values to the community. The project owns the commercial copyright in accordance with Vietnamese and international laws. Also, it has the honor of receiving support and advice from the father of the comic, which is distinct from others. Thus, Hesman Legend is a prestige project, and minimizes risks to investors.

Hesman Legend has a good reputation and minimizes risks to investors.

FundGo Startup and Innovation Fund’s decision on investing in Hesman Legend is considered a great encouragement in both financial and mental aspects, thereby confirming that the project has enormous potential. In addition to a strong financial foundation, the Fund offers a possibility to connect with many investors who have existing user networks and experience in advising on marketing communication, legality, etc. This will definitely further the project as well as community outreach. FundGo and Hesman Legend hope to promote firm cooperation in the long term, and bring the product associated with the Vietnamese 80s and 90s generations to the world successfully. 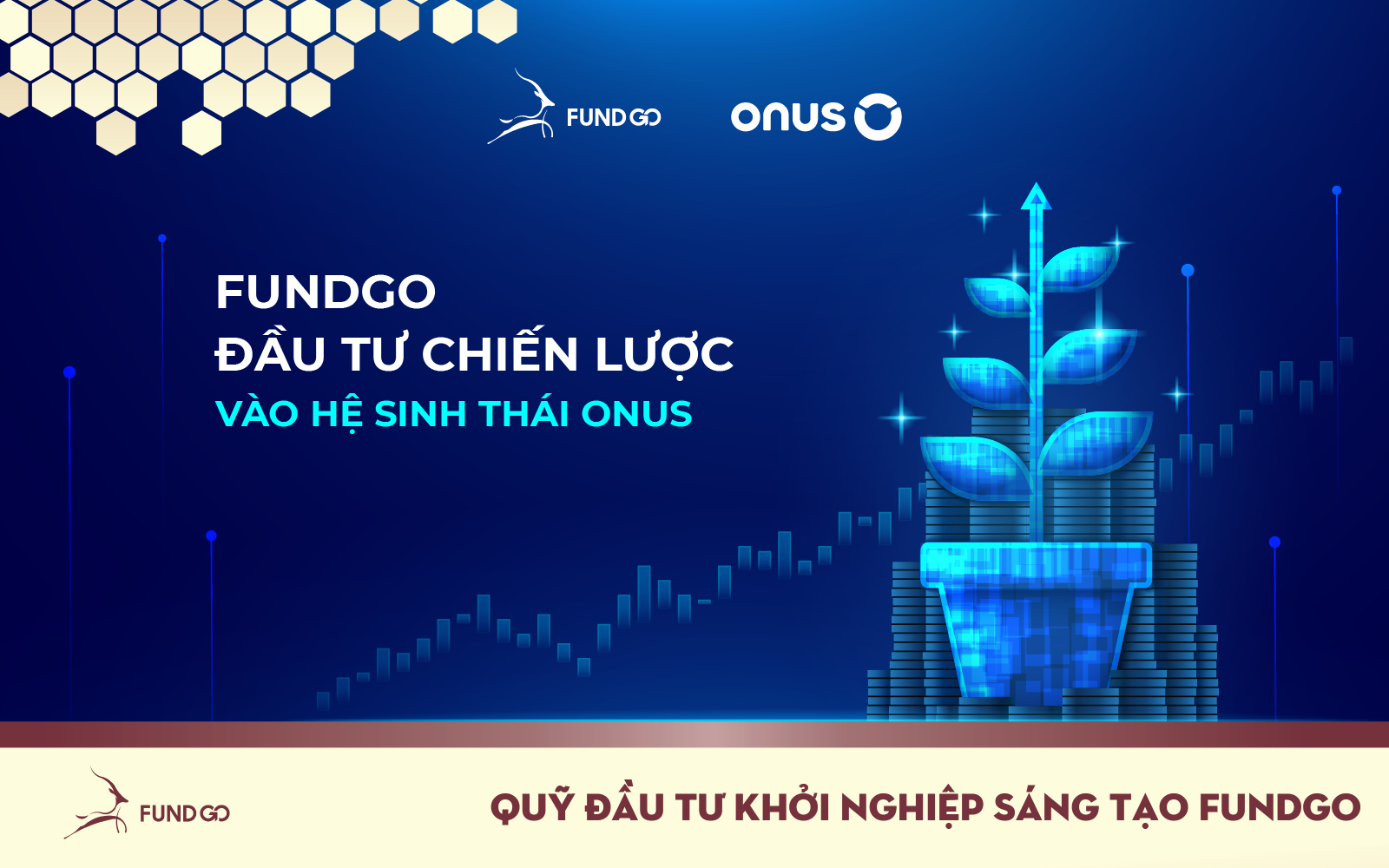 FUNDGO participated in the strategic investment round of ONUS.

On December 20, 2022, FUNDGO Startup and Innovation Fund participated in the strategic funding round of ONUS, continuing its mission of supporting and sponsoring innovative projects and enterprises in Vietnam. 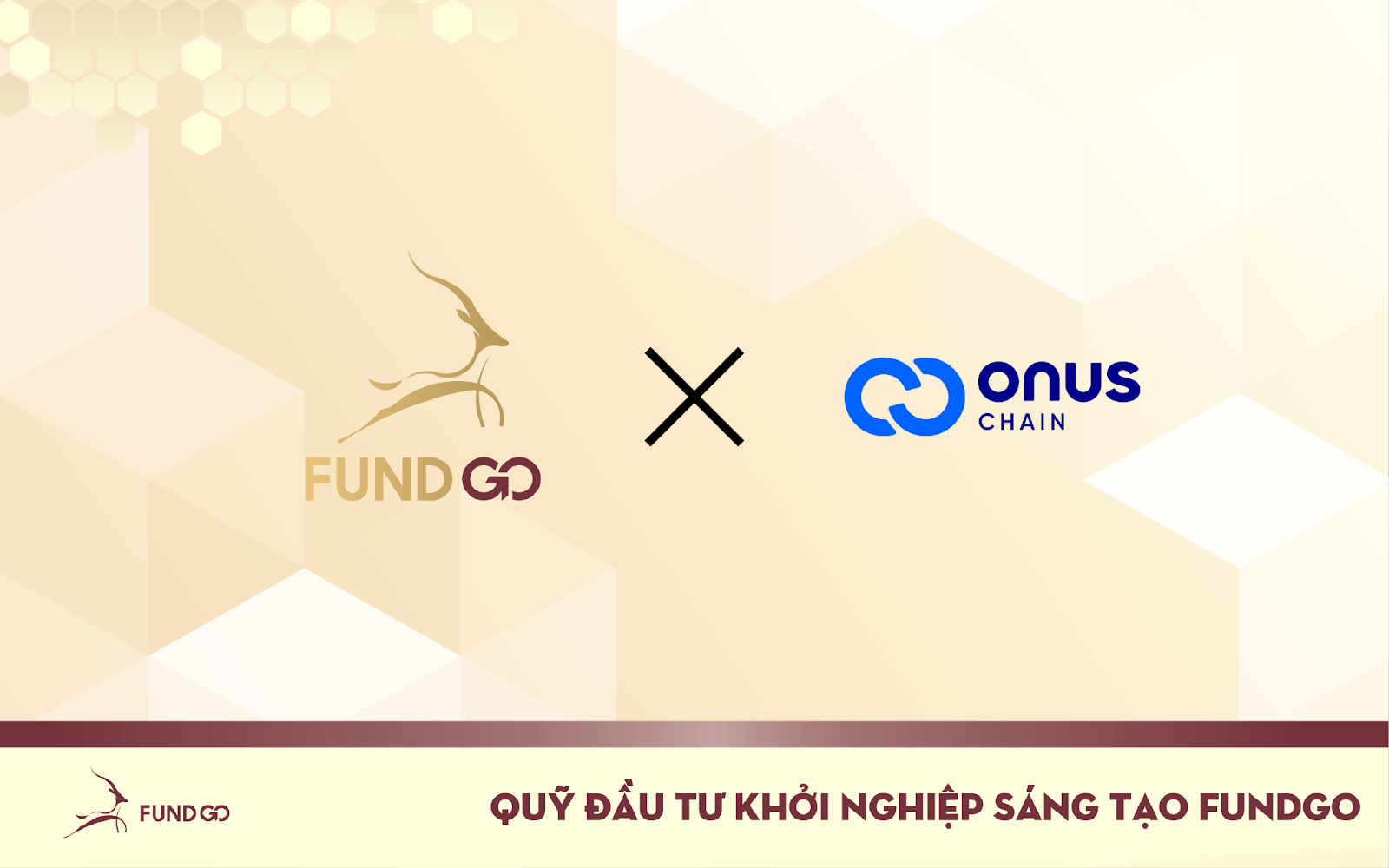 In order to promote the use of blockchain and bring it closer to businesses, FUNDGO Startup and Innovation Fund has cooperated with ONUS Chain to build a comprehensive launch pad for blockchain projects and startups in Vietnam, thereby strengthening the position of the country's technology market.

FUNDGO Center for Innovative Business Investment, Research and Development to Be Established by TRUSTpay and FUNDGO

On November 16, 2022, TRUSTpay Joint Stock Company - the managing organization of FUNDGO Startup and Innovation Fund, announced the establishment of the Onus Chain Technology Investment Center. Currently, there are still many obstacles facing startups and tech developers in accessing and applying technology, especially blockchain 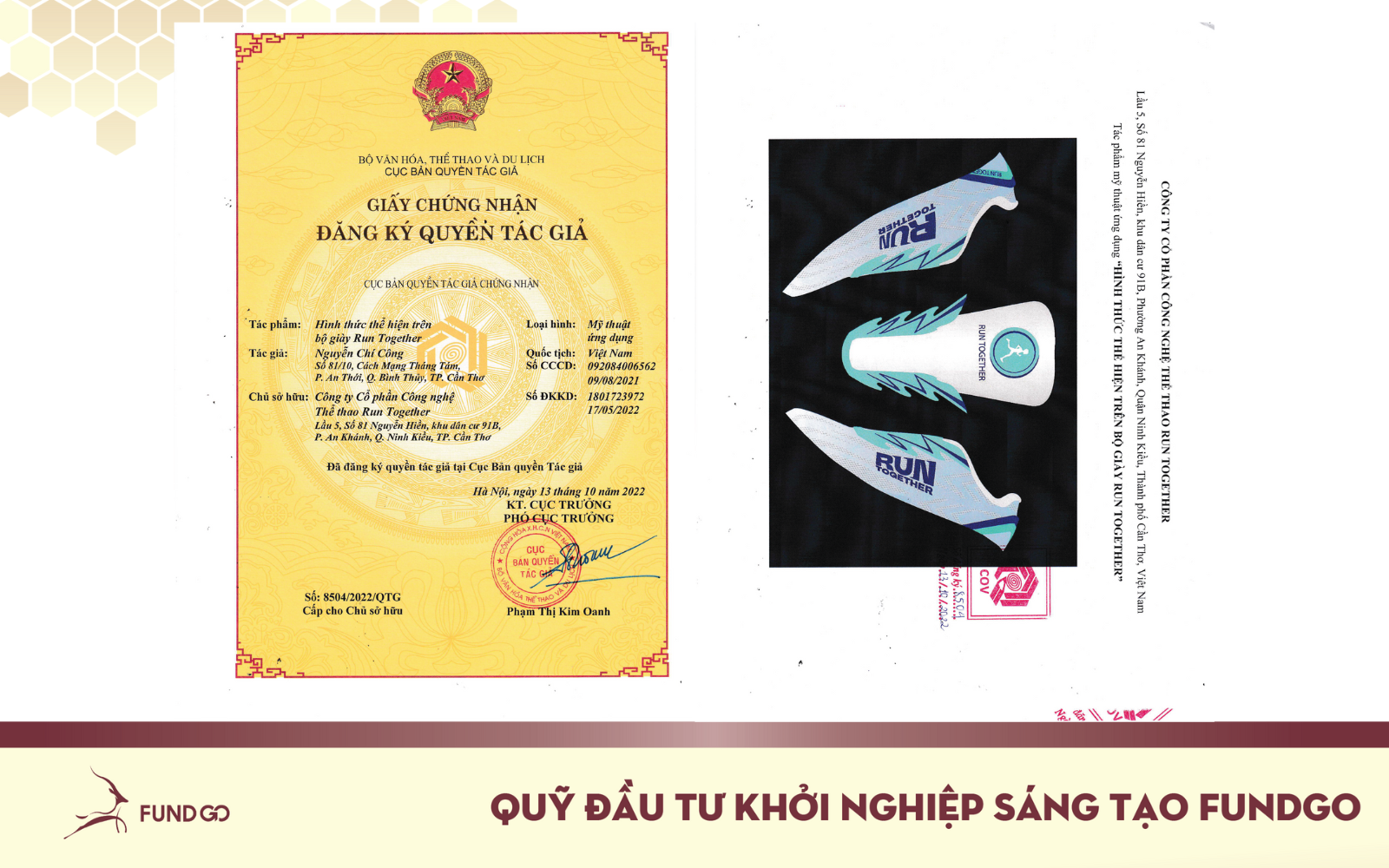 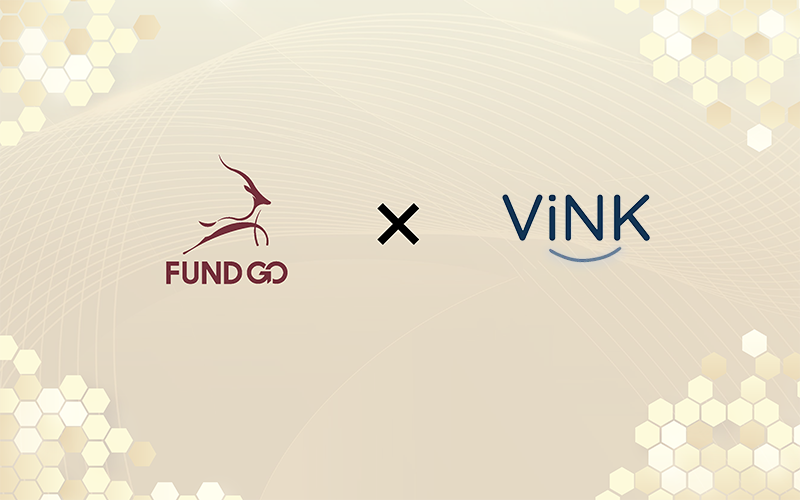 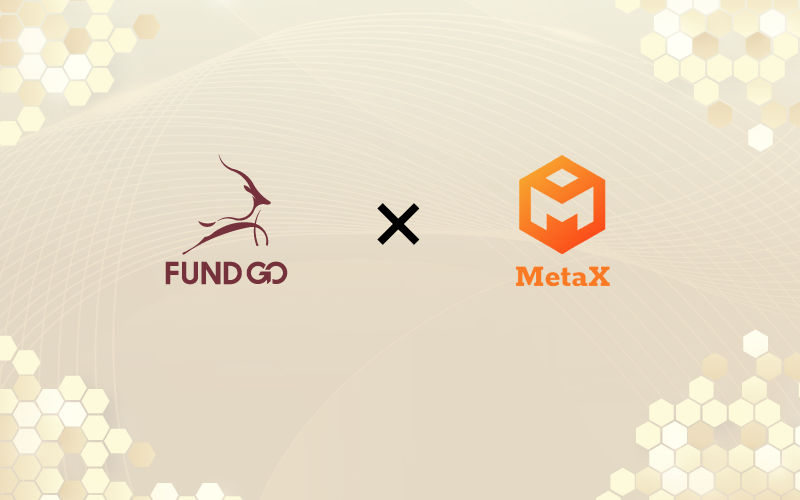 On October 17, 2022, FUNDGO Startup and Innovation Fund signed a strategic cooperation agreement with METAX Technology Joint Stock Company. Both parties have committed to a long-term partnership on the principle of bilateral cooperation and mutual support for sustainable development. 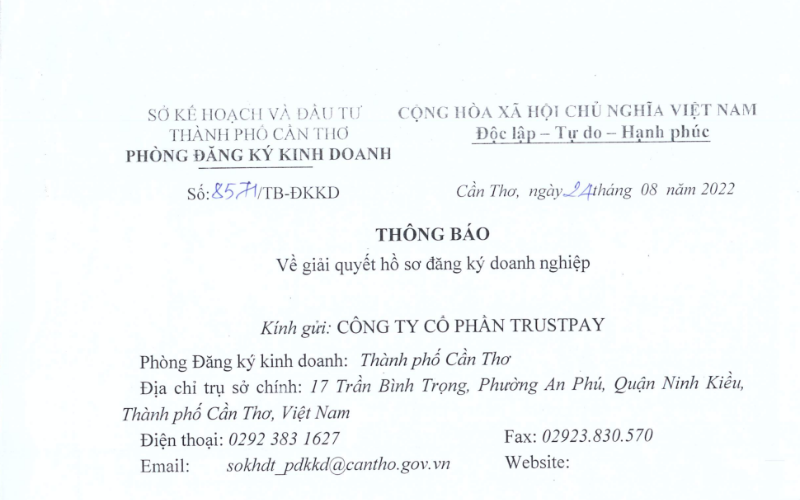 On August 24, 2022, the Department of Planning and Investment of Can Tho City has approved the application for increasing the contributed capital of FundGo Startup and Innovation Fund. 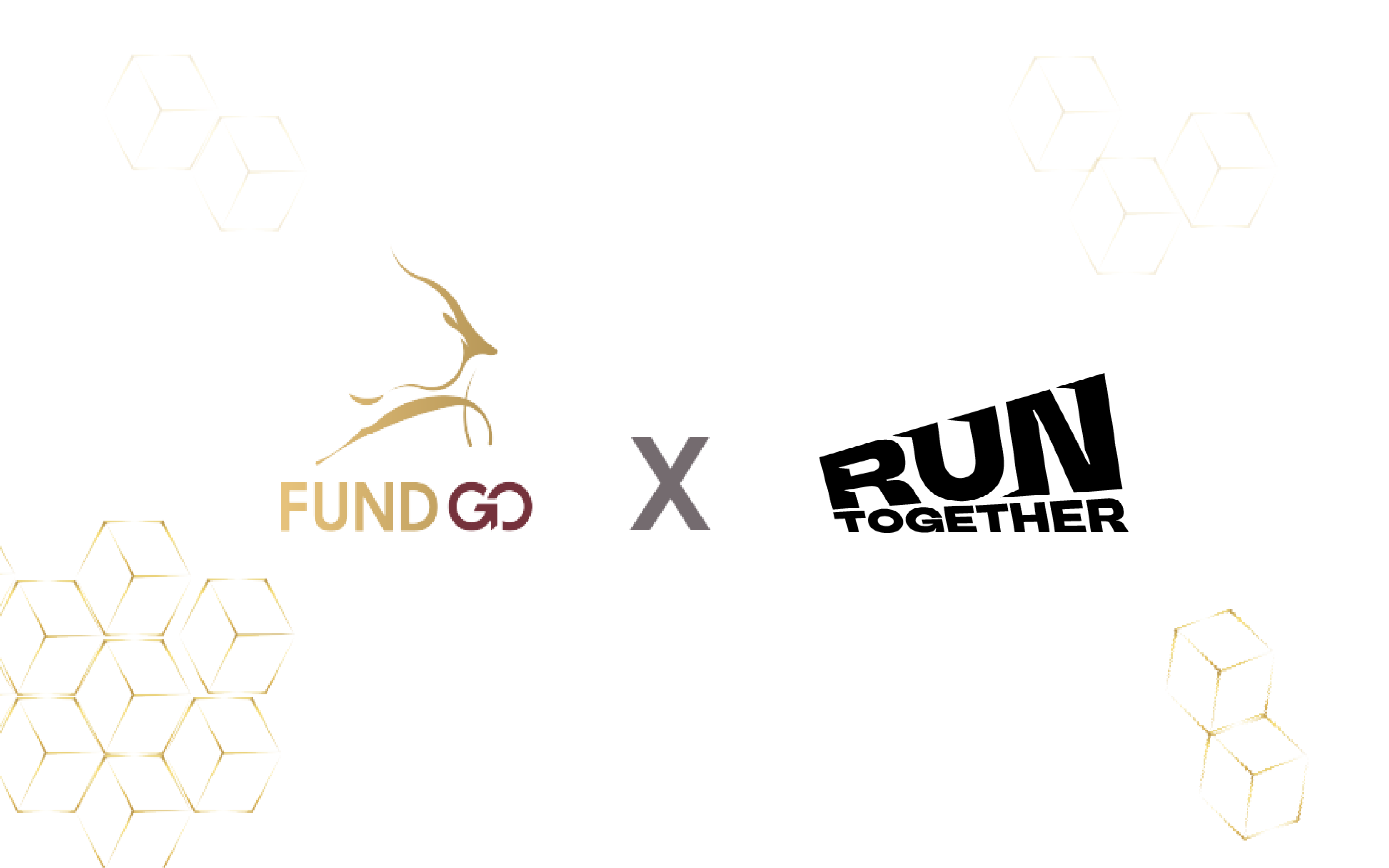 Through the partnership with Run Together FundGo hopes to motivate and encourage every individual to exercise more regularly to fight against the pandemic and improve their post-COVID-19 health conditions. Run Together is a Web3 application developed on Binance Smart Chain, inspired by people’s daily walking activities. By giving users tokens and prizes through competitions, Run Together aims to build a large running community, motivating people to improve their health. 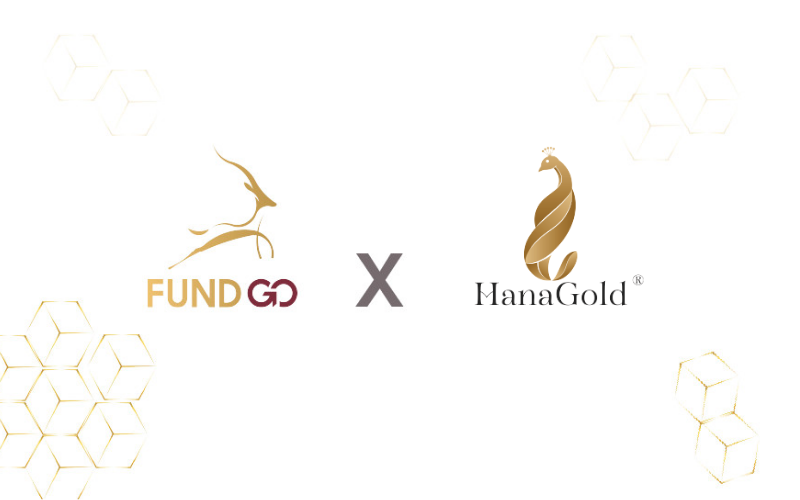